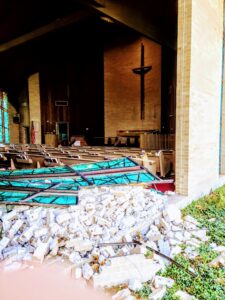 Early on August 27, Laura made landfall near peak intensity on Cameron, Louisiana. This was the tenth-strongest U.S. hurricane landfall by windspeed on record. The storm caused the deaths of at least 42 people in the U.S. and inflicted an estimated $16 billion in damages.

On August 31 Lutheran Disaster Care took a trailer load of supplies to St Johns Lutheran Church in Lake Charles including 250 Flood Buckets, 50 Kitchen Kits, 100 Bibles, a case of devotional booklets, a case of Muck Out Manuels, 3 generators, 4 full gas cans,  and some quilts. Although the highways were clear, we did have a little 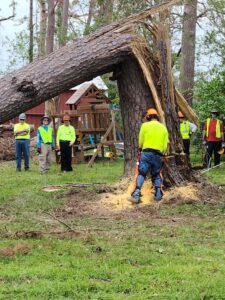 difficulty navigating the surface roads. When we got to the Church the Sanctuary had damage but most of the other structured appeared to have no major damage.

impacted by Hurricanes Laura and Delta and Tropical storm Beta near the Lake Charles/Sulphur LA. area.

During the response, LDC also supplied 3 cases of Bibles and $2000 Dollars of gift cards as well as a truckload of school supplies and over 2300 face mask.